Learn everything about the various paid leave types given to employees.

In less than a hundred years, we have come a long way from employees having no paid time-off to being entitled to different types of paid leaves and paid public holidays.

All countries have labour laws that entitle employees to many types of leaves for different reasons. For employers to comply with the law, it’s necessary to understand the various rules governing paid leave.

Beyond this, many progressive companies now offer many additional leave types as extra benefits to employees.

This article explores the various types of leaves that an employer needs to offer to their employees.

National and state laws dictate the minimum leaves provided by employers. However, the specifics on leave rules vary widely between employers.

The nature of business is an essential factor since specific labour laws apply to different sectors.

The Factories Act, 1948 is applicable for factories in India. For establishments other than factories (such as IT/ service companies, shops, etc.), every state has enacted Shops & Commercial Establishments Act.

What types of leaves do companies offer to employees?

The following are the different types of leaves offered by companies: 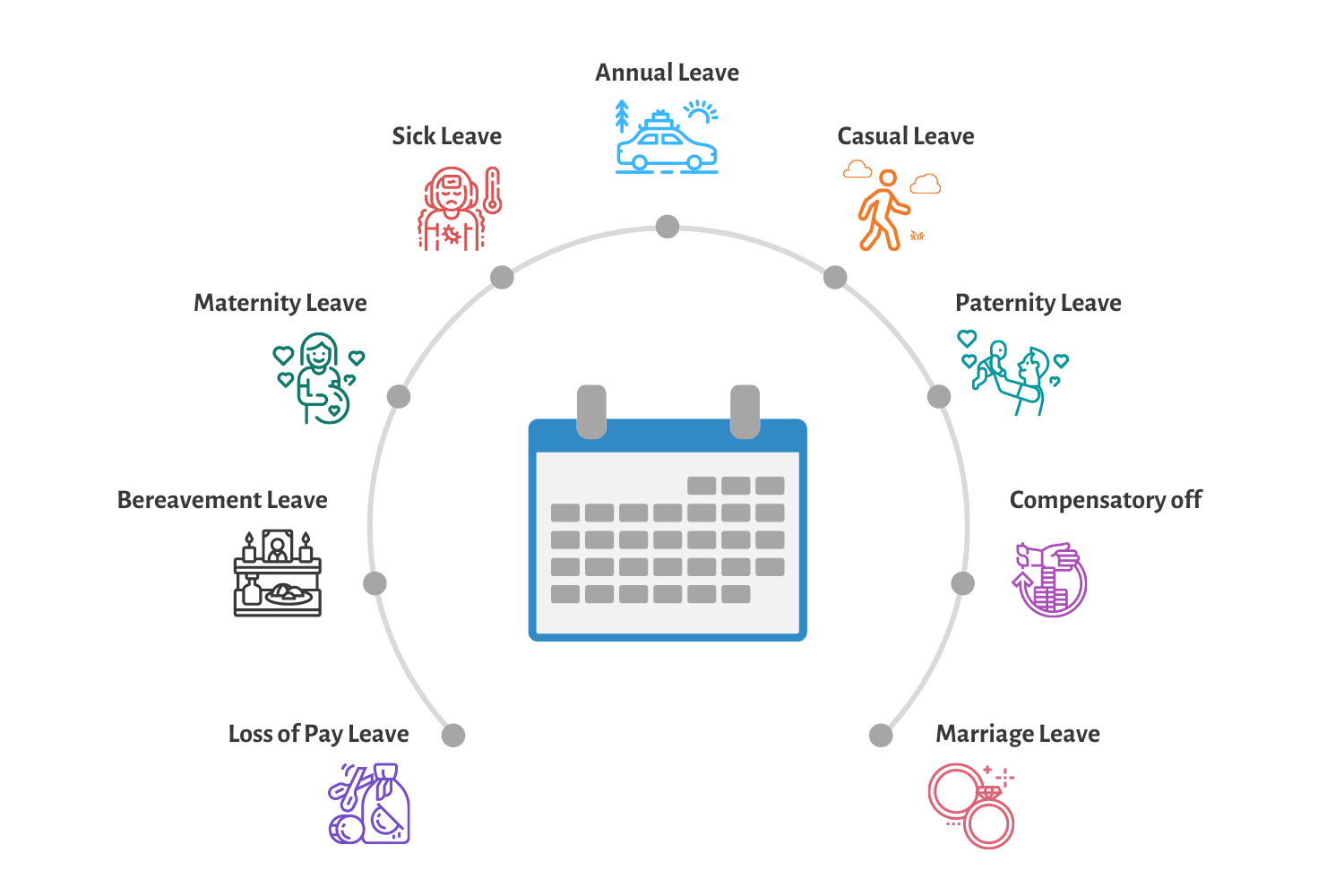 Each of these leave types is explained in the following sections. For leaves that are mandatory, various state-wise rules are also shown. 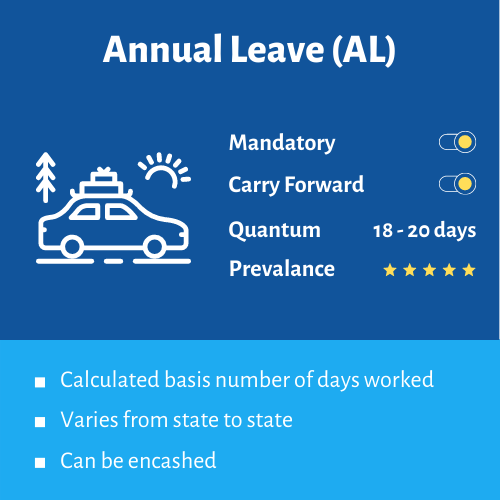 This leave type is called Earned Leave because you 'earn' these leaves for days worked.

This kind of leave is also known as Vacation Leave (VL) or Privilege Leave (PL) or Flexi Holiday, or Annual Leave (AL).

The EL leave type is typically used for personal reasons such as vacation, to observe festivals that are not declared holidays, etc.

Leave availed for a week or more is considered as "long leave.” Since work may get disrupted if a team member goes on extended leave, this type of leave needs to be planned ahead of time, and the team or manager informed about it in advance.

Providing earned leaves is mandatory as per labour laws, though the quantum of such leaves vary state by state. The leave entitlement is calculated based on a certain number of days worked (e.g., 20 workdays). Days worked shall not include holidays, weekends, or days when the employee does not work.

Earned Leaves can also be converted to cash through a process called Leave Encashment. The basic salary is usually considered as the unit of exchange to encash leaves. One day of EL balance converts to one day's basic pay. In some organizations, gross income is considered instead of basic salary. 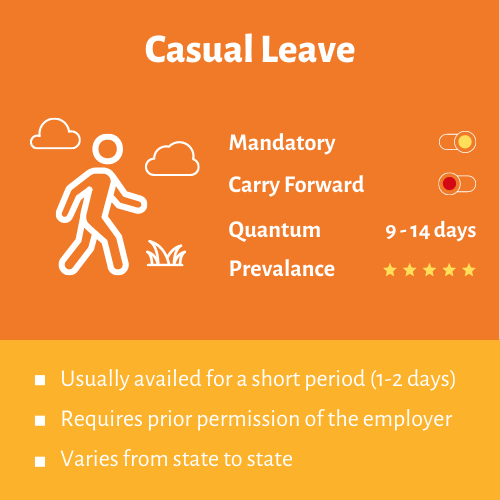 Urgent plumbing issue at the house? Take half or full day of CL and get the problem sorted out. Need to go to the kid's school for some admission related work? CL comes to the rescue.

Providing this type of leave is mandatory in many states, but not so in some other states. There is a combined entitlement for CL and SL (sick leave) in some states like Delhi.

If CL is not mandatory for your business, EL can equally serve the purpose. It reduces the number of leave types and simplifies the leave policy. 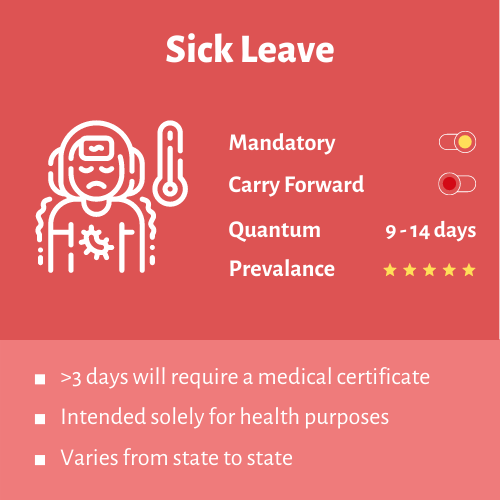 Also called Medical Leaves (ML), these are provided on the grounds of sickness or in case of accidents.

Sick Leave is another common leave type mandated by the law. As these leaves are prone to misuse, employers usually seek a medical certificate if the number of days of leave exceeds two or three days at a time.

In some states like Delhi, there is a combined entitlement for both CL and SL. Also, some states, like Tripura, allow 50% salary payment for CL/SL instead of full pay. 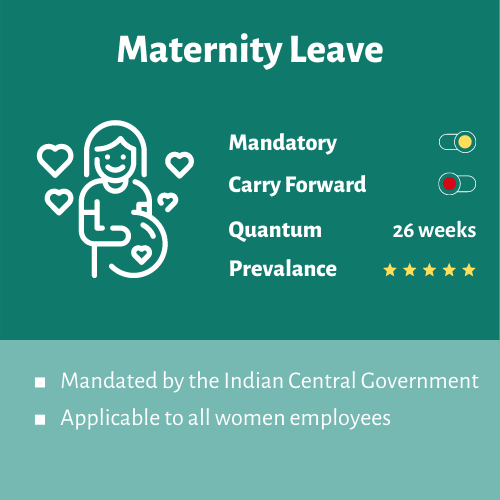 Maternity Benefit Act of 1961 requires that employers have to provide 26 weeks of paid leave to any woman who has worked for at least 80 days in the 12 months preceding the expected delivery date.

While state laws govern the preceding three types of leaves (AL/CL/SL), the Maternity Benefit Act is a central government act.

This leave is applicable for the first two children only. In case of a third child, 12 weeks of leave can be availed. The Act also provides for mandated leave in case of miscarriage, adoption, surrogacy and tubectomy. 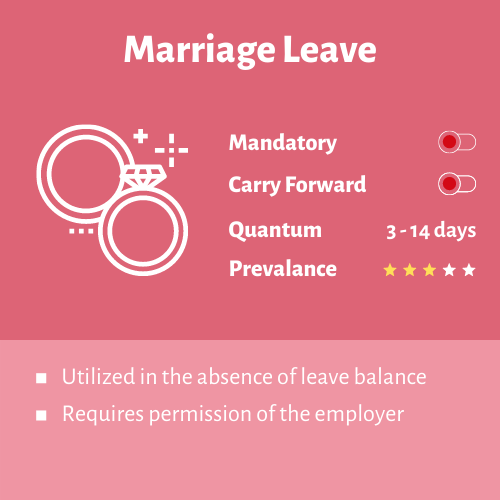 Some companies provide a special leave for employees getting married called Marriage Leave.

While it's mandatory in a handful of countries like Malta, Vietnam, etc., marriage leave is not a legal entitlement in most countries, including India.

The marriage-leave grant is for anywhere between 1 to 15 days. However, most companies tend to give three days of marriage leave as a norm.

The HR department may require either as an invitation card or a marriage certificate as documentary proof for approving the leave.

Further, the eligibility is for only once during the employee's entire employment period in the organization. So, in remarriage or multiple marriages, employees will have to utilize their annual leave balances or even go on leave without pay.

Another rule that is sometimes applied is that only the first legal marriage of the employee is allowed. For example, take a case of an employee, Liz Taylor, who married a few years ago while working in a previous company. Subsequently, Liz divorced and joined a new company. (Of course, it was not at the same time and not for the same reasons!) Now, Liz has decided to tie the knot, yet again. Good wishes for a happy married life, but no, she does not get any marriage leave.

At times, due to work pressure, employees may get married and immediately return to work. Once the project is over, they may go on a honeymoon after a few weeks. To handle such situations, a company can allow the marriage leave to be taken anytime during the first eight weeks of marriage before the grant expires. 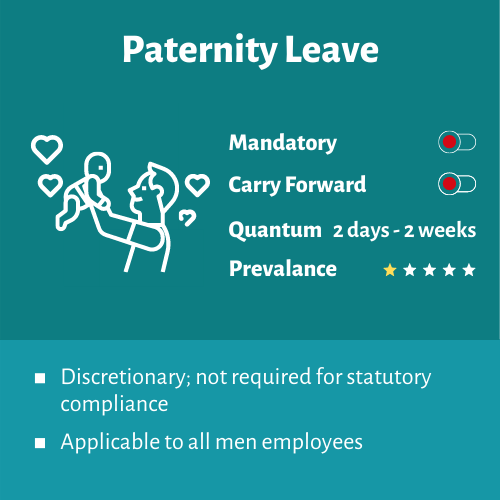 The Paternity Leave is a leave offered to expectant fathers after a child is born. It is a leave meant for the father to take care of the newborn and the mother. A newer terminology for this type of leave is to call it a New Parent Leave to also cater to LGBT and same-sex couples’ needs and avoid discrimination.

So far, there is no requirement from India’s labor laws to provide Paternity Leave in India.

However, many progressive companies are offering Paternity Leave to their employees. The leave entitlement varies from 2 days to 4 weeks and depends entirely on the employer's policies. If the company grants this leave type, it has to be availed within a specific time (for example, within eight weeks from the baby’s birth). 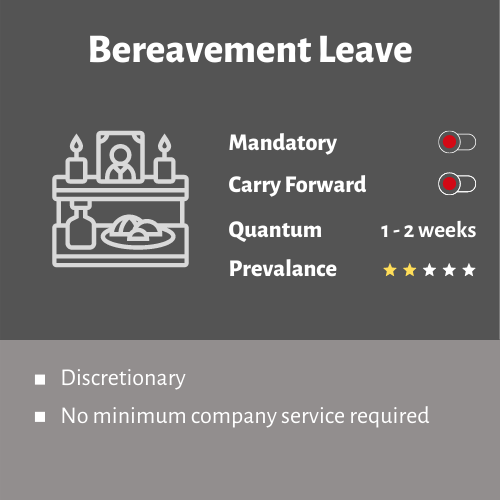 Bereavement Leave is a leave type granted when there is a death in the family or losing a loved one. This leave is for participating in the last rites or funeral services, taking care of any personal matters, and most importantly, to grieve.

Offering this leave type to employees is not required by law in India. However, many progressive companies offer bereavement leave from 2 to 20 days.

🐾
Fact
Some companies grant bereavement leave for a pet’s death (around two days.) 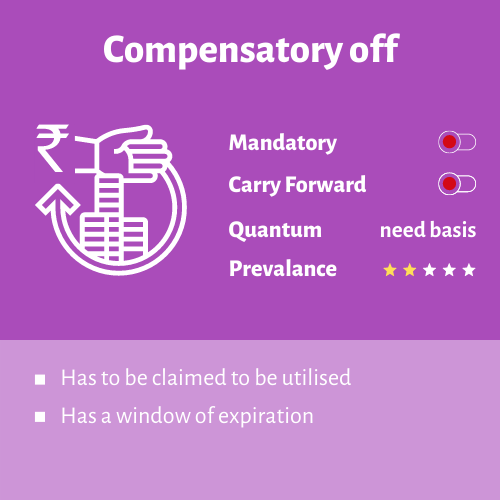 If an employee has to work on a weekend or a holiday due to the priority of the deliverables, they are offered a compensatory off on any other workday.

Since these leaves depend on the business requirements, the grant of these leaves happens on a case by case basis. There is a process for claiming and availing comp-off leave.

The employee has to claim comp off after having worked on a non-working day. This request is approved by the immediate manager and then forwarded to HR. Once approved, a comp-off leave is granted to the employee.

Unlike many other leave types that lapse at the end of the leave-year, comp offs come with an expiry period of 4 to 8 weeks. The employee has to utilize this comp-off leave within this expiry period. 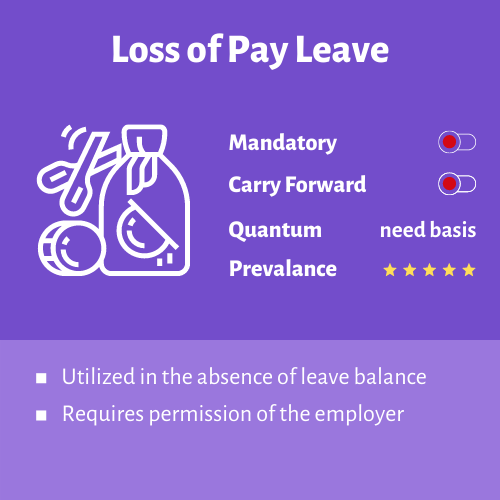 There are cases when an employee has exhausted all leave balance but still requires time-off for some exigency. In such situations, companies allow them to go on leave without pay (LWP). Since there is a loss of income (LOP) when an employee avails this type of leave, it's also called LOP leave.

Any leave availed in violation of leave policy is considered as LOP by some employers. For example, an employee going on vacation without prior intimation or approval. Or an employee not providing medical certificates in case of sick leave as per policy.

There is no concept of a leave balance in the case of LOP leave. But, during payroll processing, we need to deduct salary for the number of days of LOP leave during the month. 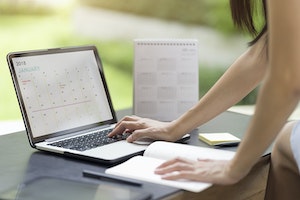 The Ultimate Guide to Leave Management 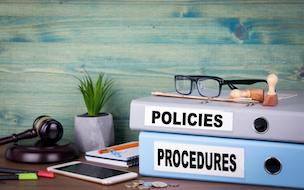 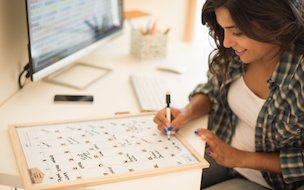 The Ultimate Guide to Holiday Lists