In the third episode of the Parichay webinar series, experts from the government and private sectors deliberate on the pros and cons of the new, reformatory Code on Wages, 2019.

In Part 3 of the blog series, Aparna Surabhi, Chief Financial Officer, Caliber Technologies, expresses her candid views on the implications and challenges. Here’s a quick summary.

The Positive Side of the Code

The new Code amalgamates four Acts by bringing down 150 sections to 69. So, this is welcome because we have less to read and more to understand. It's also an attempt made to rationalize and simplify the definition of wages across several Acts.

The fact that the Code will be implemented gradually, and not suddenly, is welcome news. Since there’s time, HR can decide if they want to restructure the compensation structure now itself. This ensures that there is no surprise or impact on the employees. Everyone can be prepared for it since there’s enough time to do all the homework.

The wage code will simplify a lot of tasks and bring down a lot of hassles. Aparna also comments that it’s nice to have inspector-cum-facilitators as guides instead of inspectors. She assures us that it’s nothing to be frightened of, and we need to take it in stride.

While bringing in such reforms, a little more effort can be taken to understand some of the compensation structures prevailing in the industry. Aparna opines that it still presupposes an older kind of compensation structure that consists of remuneration and the components. Also, there is no reference to many other relevant components in the Code. A lot of confusion could set in because of this.

The definition of wages could have been far more straightforward for industry and employees to understand. As per the Code, basic wages include Basic + DA + Retaining Allowance and other allowances, and the same will be capped at 50%. The implication of this has broad ramifications on PF and gratuity, resulting in a massive payout for many industries.

Variable pay and performance wages are contingent upon the employee's performance or the company. Hence, it is not guaranteed pay. So, logically, I would say that we should not make it a part of this.

The Code on Wages has taken into account the five-day week concept. But a lot of the hours mentioned are more to do with a six-day week. Since many government, public sector, and private sector organizations mostly work five days a week, it could have been more simplified.

Another aspect that needs clarity is the threshold limit for wages for the applicability of overtime. It may not be possible for every person to be given overtime because the limit has not been mentioned. Even if 15 minutes is considered overtime, half an hour’s wages have to be paid. This could become a massive problem for every employer.

Once the Code comes to order, organizations have to analyze their complete compensation structure and correct non-compliance issues, if any. Even the existing HR policies cannot be at variance with what is mentioned in the Code. Hence, a strategy has to be worked out for rectifying all these policies.

After finalizing the compliance strategy, it is critical to educate all employees and get their buy-in. They need to be aware that the implementation of the Code on Wages will have an impact on their take-home salary and PF. The change can be communicated to new employees via the offer letter or a disclaimer that this structure can change once the new Code comes in.

Here is the audio recording of the full webinar

Go to Part 1 for an overview of the webinar. 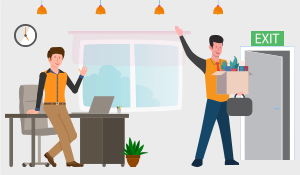 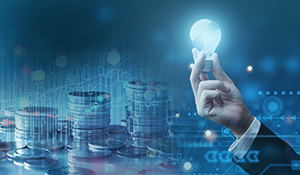