All You Need To Know About Leave Entitlement

As an employee described in the labor legislations, especially under ‘The Shops and Establishments Act’, the employee is entitled for certain set of paid leave for absence at work in the course of employment. The workers employed in factories are subjected to the provisions prescribed under section 79 of the Factories Act, 1948.

It is often a question for clarifications for both the employee and employer when it comes to the number of days the leave of absence an employee is rightly entitled which an employer is obliged to prescribe well within the sphere of law in leave policy.

The Shops and Establishments Act (hereafter ‘the Act) enacted by every State in India for the purpose of regulation of work and employment conditions in shops and various commercial establishments prescribed under respective state enactments.

The employer is obligated to follow the minimum measures and conditions prescribed under its respective State Act and the employee is entitled for such rights that are available to exercise.

The leave of absence available to exercise by an employee are classified under three common types consistently by all States, viz. –

This is also known / recognized as Privileged leave or Earned leave. These are the paid leaves an employee can AVAIL for longer duration or can CARRY FORWARD to succeeding year or ENCASH it. In situations wherein the employee runs short of sick leave subject to policies of the employer this leave can be clubbed to meet up the requirement of leave. In general, the employee has to plan such leaves and inform the employer in advance or  regulate after resuming work by fulfilling the process as prescribed by the employer.

These are the paid leaves which can be availed for personal reasons by an employee wherein the leave of absence required is for one or two days. Many employers prescribe a maximum of three days casual leave in continuity in a month as general practice and may stipulate conditions restraining in context of clubbing the casual leaves along with weekend off or holiday(s) to prevent a long leave duration. The employee has to plan such leaves and inform the employer in advance or  regulate after resuming work by fulfilling the process as prescribed by the employer. These leaves CANNOT BE CARRIED FORWARD nor is ENCASHABLE. This leave cannot be clubbed with annual leave however, in situations where an employee runs short of sick leave, can utilize this subject to the policies prescribed by the employer. However, in recent trends some employers have shifted the paradigm towards transfer / conversion of unused casual leaves to annual leave at the end of the year.

These are paid leaves an employee can avail for the reasons of illness. Some employers prescribe a maximum of three days sick leave in continuity in a month as general practice beyond which may sought for medical certification. This leave IS NOT ENCASHABLE when unused, but CAN BE CARRIED FORWARD in some States.

The other types of leaves are –

This is a leave available to an employee who worked on a holiday or day off and in order to compensate it can avail the compensatory off or encash it as prescribed by the employer.

This leave can be availed by an employee in the absence or exhaustion of all leaves aforesaid and such leave is permissible without any pay for such a number of days the leave is availed.

This is the paid leave benefit available to pregnant women working in an establishment and is applicable as prescribed under Maternity Benefit Act, 1961. To know more about the benefits click here.

These are the leaves available to an employee in the course of employment other than the general State Holidays and Days off declared by the employer and a minimum number of such holidays to be allowed is also prescribed under the Act.

Generally, the States follow Calendar Year to consider for aforesaid leaves i.e. from the month of January to December every year, however, some States have prescribed otherwise.

Each State has prescribed its own conditions of employment wherein the types of paid leaves described above are covered the glimpse of which can be viewed here.

Leave benefit for Workers in Factories

Read our ultimate guide to leave management, to learn everything you need to know about managing leave for your company.

Digitisation. The Path to HR Transformation 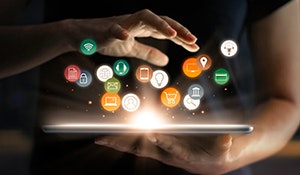 How Much Does an HRMS Cost? 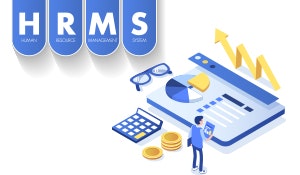 Automation vs Digitisation: What Every HR Should Know 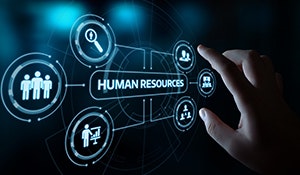